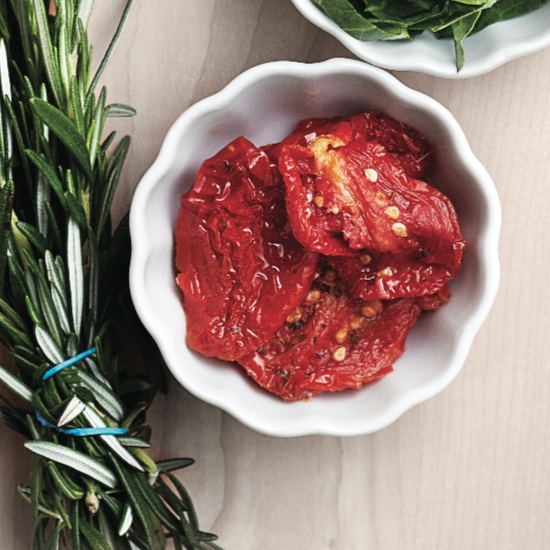 Last summer Alison Roman introduced a pasta salad recipe in her newsletter that she said contained a new and secret ingredient. However for old cooks like myself, that ingredient, sun-dried tomatoes (SDT), was neither new nor secret. Back in the 1980s as North American cooks everywhere started trying “new” ingredients, SDT became the rage. Yet unlike other Mediterranean staples, they faded away. Even I stopped using them until I made Roman’s pasta salad.

I wondered what happened to them so I did some research and came across this: What Ever Happened to Sun-Dried Tomatoes? An Investigation. In short, they became passe.

Well that’s too bad, because with the right recipe they were and can still be fantastic. After making the above mentioned pasta salad, I went out and found some really good recipes for them. This, for example, is easy, fast and delicious and has sun-dried tomatoes: A Mediterranean Back-Pocket Pasta | A Cup of Jo. Pasta and these tomatoes go great together, as this recipe demonstrates: Lemony Ravioli With Sun-Dried Tomatoes from Canadian Living. For something heartier, there is this is fantastic beef stew in which they are one of the star ingredients: Bistro beef with sun-dried tomatoes from Chatelaine. I’ve made it a few times and I am always delighted with it.

In need of a good appetizer? This may seem either classic or dated, but either way, it would be perfect as a snack before dinner on a summer day: baked brie with sun-dried tomatoes and basil recipe, also from Chatelaine.

How about using them for breakfast? You can if you make this strata.

Sun-dried tomatoes are great for sauces. Pesto made from sun-dried tomatoes is perfect mixed with cream and tossed over pasta. Or mix it with some olive oil and brush it over fish or chicken or pork before you roast or grill it. Sure you can buy it at a store, but why not make your own? Sun-Dried Tomato Pesto | Canadian Living.  And if you need some gravy, you can make it extra special by making Sun-Dried-Tomato Gravy.

You see what I mean? It’s a great ingredient. If you’re inspired, why not check out these sources for more information: